The uniforms that students wear at North Phoenix Prep serve to remind them that we do not derive our identity from what we wear; rather, we derive it from what we believe, say, and do.

Dr. Mortimer Adler, a chief architect of the Great Books curriculum and canon behind our approach, spoke of three key criteria for including a book on the “great books” list: the book has contemporary significance; that is, it has relevance to the problems and issues of our times; the book is inexhaustible — it can be read again and again with benefit; the book is relevant to a large number of the great ideas and great issues that have occupied the minds of thinking individuals for the last 25 centuries. In his book The Six Great Ideas, Dr. Adler identified truth, goodness, beauty, justice, liberty, and equality as key among the ideas that have characterized the great works of the Western tradition. Throughout our course of study, students return to those great ideas and works that have shaped the culture in which we live and have the power to shape our understanding of ourselves and the human condition.

There are virtually no electives at North Phoenix Prep. All students have the opportunity to explore a full range of subjects, some of which will surprise them. Students often find that they enjoy a subject much more than they’d expected to, sometimes find that they are better at a subject than they had expected to be, and occasionally find a subject more challenging than they had expected. In any event, every student is sure to find his horizons broadening as he delves into areas that he would have left unexplored, given the opportunity only to indulge the whims of inexperience.

Those who have read the dialogues of Plato and who have attended a Humane Letters seminar will have noticed that the two differ in some ways. Their common feature, though, is their emphasis on inquiry as the device through which ideas are explored. A key idea or assignment might require that the teacher present material to the class, but the forward progress of the class through the ideas it explores is driven by the questions that the teacher asks of the students, the answers that they give, and the further questions that those answers inspire. In that sense, then, the school certainly follows a Socratic model.
Liberal education, which consists in the constant intercourse with the greatest minds, is a training in the highest form of modesty, not to say of humility. It is at the same time a training in boldness: it demands from us the complete break with the noise, the rush, the thoughtlessness, the cheapness of the Vanity Fair of the intellectuals as well as of their enemies. It demands from us the boldness implied in the resolve to regard the accepted views as mere opinions, or to regard the average opinions as extreme opinions which are at least as likely to be wrong as the most strange or the least popular opinions. Liberal education is liberation from vulgarity. The Greeks had a beautiful word for “vulgarity”; they called it apeirokalia, lack of experience in things beautiful. Liberal education supplies us with experience in things beautiful.
–Leo Strauss 1899-1973

Non-discrimination policy: North Phoenix Preparatory Academy is a not-for-profit, publicly-funded charter school and does not discriminate in its enrollment or hiring practices on the basis of gender, race, religion, national origin or disability. 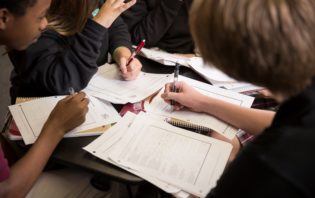 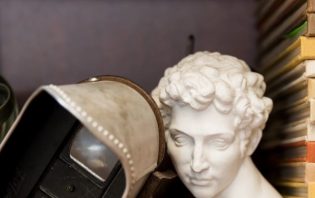 View Career Opportunities
Back to main